What Does ADT Stand For Anyway?

One of those timeless questions, such as why do kamikaze pilots wear helmets, or is there really ever a day when mattresses aren’t on sale? I recently noticed that the question, what does ADT stand for? receives approximately 92 queries a day on the Google search engine, so I thought it might be a great opportunity to stop and give a little history about ADT…let’s get this started!

Back in the year 1874, a small security company started up known as American District Telegraph (ADT) which consisted of a network of about 57 district telegraph delivery companies.

Then, from the 1880s to 1890s, call boxes were implemented and improved to facilitate communication between customers and ADT. This was a great advancement for ADT, and it pushed the ADT company to the head of the security world. Another great feature that ADT introduced was that of messenger service, which accounted for the majority of ADT’s revenue.

When the 1900s began, those messengers also acted as vigilant watchmen, and they would relay signals to the ADT central offices to report their findings. This later became a separate service from the messenger service. Later, in 1909, both ADT became controlled by the even larger AT&T.

The next few decades saw advances by ADT, especially throughout the war years as ADT sought out security system automation, and their success slowly grew accordingly. It was not until 1969 that ADT actually became public, and was thus listed on the New York Stock Exchange.

The hundred year mark of ADT saw huge amounts of growth as computer technology became a reality, and the first automated central station was created, which for many ADT customers then became the Monitoring Center Network. Micro-computer technology also became implemented in the ADT security systems as an added advantage.

The 1980s continued that growth as residential security was improved. ADT then made the formal name change from the old American District Telegraph Company to the easier abbreviation of ADT.

Since the 1990s ADT has seen several changes in ownership as companies recognize its potential. In 1998, ADT was purchased by Tyco International, Ltd. and has since remained under Tyco’s ownership. ADT has also continued to release new security systems, and reached the millionth customer milestone during the 1990s.

I hope that clears up the long-disputed question a little bit, and that by looking at the history of ADT, readers may gain an appreciation for the company’s long-stemming roots in security. What the future holds for ADT is uncertainty, but at least by reading this article today, you have one less mind-boggling question running through your head. 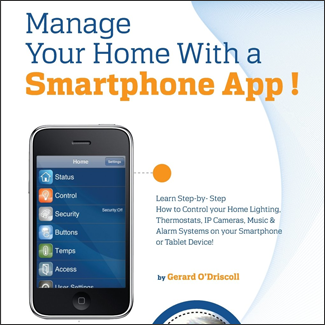